Companhia Urbana de Dança is back In Miami!

Alternately mesmerizing and rippling with adrenaline and raw energy, their works explore the cultural roots of Brazil and the gritty life stories of the dancers themselves. 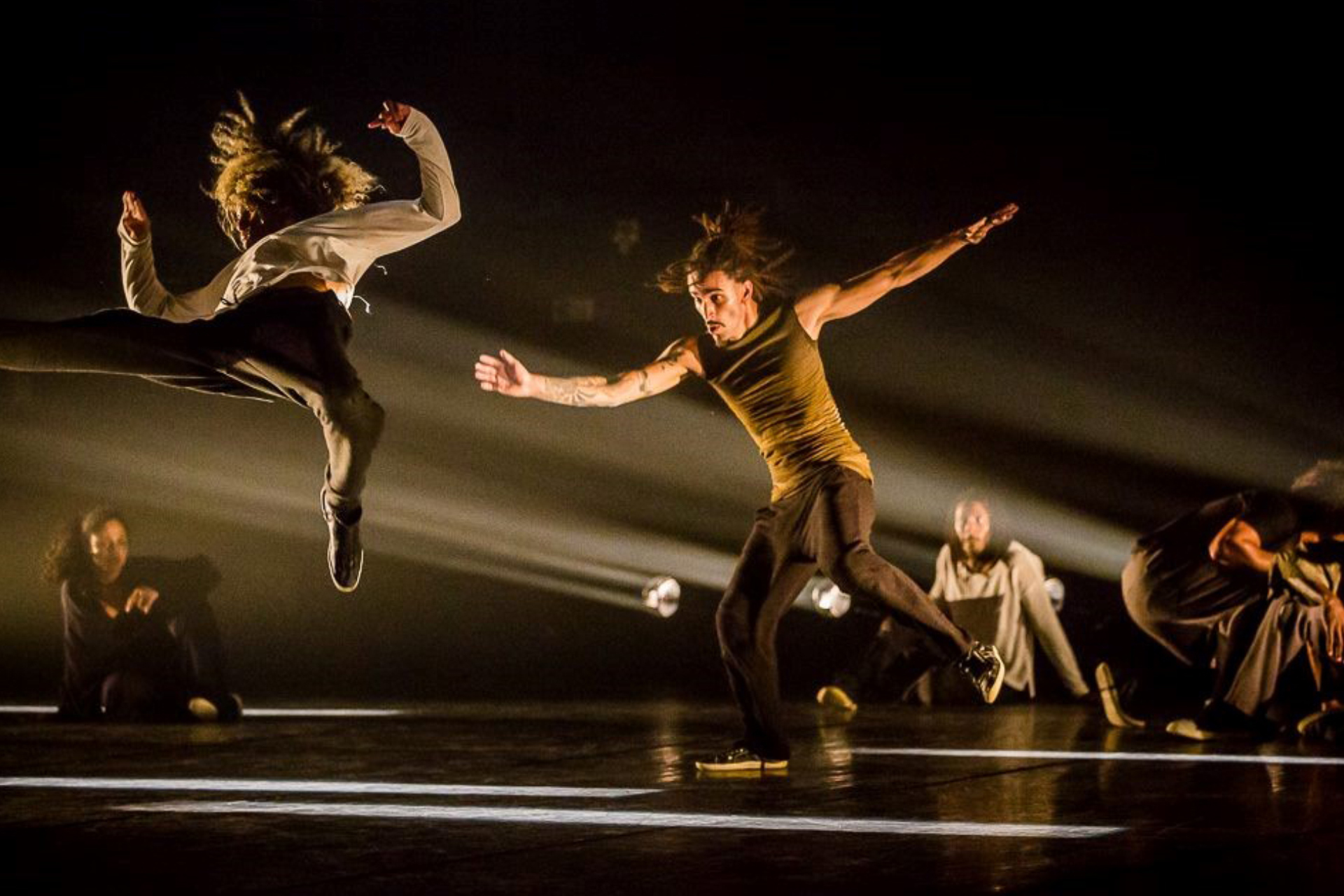 “Classic hip-hop moves are visible — the rippling of arms, the rolling on backs — yet they have been stretched and shaped into something new.”

“The vibrant young dancers of Brazil’s Companhia Urbana de Dança lit up the stage, not just with exceptional movement skills, but also with spirited personalities.”

by Karen Campbell – The Boston Globe When Companhia Urbana de Dança made its US debut at New York City Center in 2010, the eyes of even the most ‘‘been-there-saw-that’’ critics opened wide with amazement. Destri’s boldly original mix of contemporary Brazilian dance and hip-hop infused both forms with new rigor, meditative one moment, explosive the next. Locating the true heart of hip-hop, Destri strips it of its easy tricks, bringing it back to its original emotional depth, expressive range, and poetic integrity. Founded in Brazil in 2004/2005 by dancer Tiago Sousa and choreographer and artistic director Sonia Destri Lie, Companhia Urbana de Dança is an ensemble of street performers working to foster the human experience through dance. Destri’s experience traveling through Europe for work in theater and film exposed her to hip-hop and b-boy techniques. Highly influenced by Brazilian street forms, she began to integrate these techniques into her already established contemporary movement sensibility. The group is firmly positioned in the most contemporary urban dance scene in Brazil and internationally. It highlights the talents of young black, and poor Brazilians in the modern world, from and affirming and pluralist stance.