“Entre 2 Aguas” is a theater piece co-produced by FUNDarte (Miami, USA) and La Saraghina de Stalker (Extremadura, Spain), with artists from both countries. Written by playwright Manuel De, and directed by Carlos Caballero (Miami), the play will be performed by actors Mabel Roch and Eugenia Sancho, both based in Miami. It is supported by the John S. and James L. Knight Foundation’s Knight Arts Challenge, which funds the best ideas for the arts in Miami.

Synopsis: Two women: actresses who gave up successful careers upon emigrating from their native countries. Their friendship has survived the passing years and they currently act together in scenes for educational videos. Students learning Spanish have replaced large theater audiences, and the stage is now nothing more than a cheap video set. But the characters remain the same: Bernarda Alba, Antigone, Doña Ines, and others. Their dreams have also remained intact, as has their love of theater.

What:               “Entre 2 Aguas” written by Manuel De, directed by Carlos Caballero with the performances of Mabel Roch and Eugenia Sancho.

Carlos Caballero is an actor and theater director with an extensive international history in theater, film and television. Caballero studied Art History at the University of Havana, and graduated from the Institute of Fine Arts of Havana (ISA) with a degree in Theater and Acting. As a director, Caballero premiered the work “Writing in Sand” in Miami in 2015, which was selected by the National Performance Network to tour several cities in Central American and it was presented at the International Theater Festival In Havana in 2015. In 2001 Caballero wrote and directed a children’s play titled “The Witch of the Year” which was presented through the Miami-Dade Public Library System and in public schools across the county. Caballero has also received a Best New Work award from the Miami Herald for the widely acclaimed play “Sueño Americano” by José Eduardo Pardo, which he directed in 2003. He also directed a performance work by Elizabeth Doud called “Sipping Fury from a Teacup” in 2011, commissioned by FUNDarte’s Miami On Stage series.

In addition to his academic training, Caballero has also participated in workshops with theater artists such as Eugenio Barba and Carmelina de la Rocca, from Odin Theatre. His extensive career as an actor began in Cuba in 1985, with renowned companies such as Teatro El Publico and La Ventana. With these companies he performed in over 20 plays including works by Shakespeare, Garcia Lorca, and Cocteau, and toured important festivals in Spain and Latin America. Based in Miami since 2000, Caballero has received several awards and accolades, such as the Best New Actor award from the Miami New Times and El Nuevo Herald for his work in plays like “Cuentas Pendientes,” and “A Streetcar Named Desire”. He also worked with Gold Coast Theater in more than 80 performances dedicated to teaching children about environmental issues. In 2014, he won the Award for Best Male Actor at the Rainbow Festival de Cinema e Cultura do Brasil for his role in “Verde Verde.”

Manuel De is a theater arts graduate of the Carlos III University of Madrid, where he received training in different areas with such renowned instructors as Juan Mayorga, Enzo Cormann, Carles Alfaro, Alfredo Sanzol, Andrés Lima, Miguel del Arco, and others. He also studied artistic direction, directing actors, and scriptwriting at the Art School in San Antonio de los Baños, Cuba, in addition to video and film production, theatrical production and distribution, audiovisual postproduction, lighting, dramaturgy, and set design. He has studied and apprenticed with Antonio Malonda, Jaroslaw Bielski, José Sanchís Sinisterra, Eliseo Altunaga, Francisco López “Sacha”, Yolanda Barrasa, Jesús Cimarro, Miguel Ángel Pérez, Juan Tébar, Julio Bao, Nicolás Fischtel and Mauricio Rinaldi, among others. In addition to directing his own company La Saraghina de Stalker, which he founded in 2007, he creates lighting design, soundscapes, and audiovisual components for companies likeTeatro de Cámara de Cervantes. He was nominated for best director and best play for “Eduardo II” at the Premios Jara in Spain, and for “La otra voz” at the Teatros Vegas Bajas Spanish National Festival, where the play won the award for Best Actor. 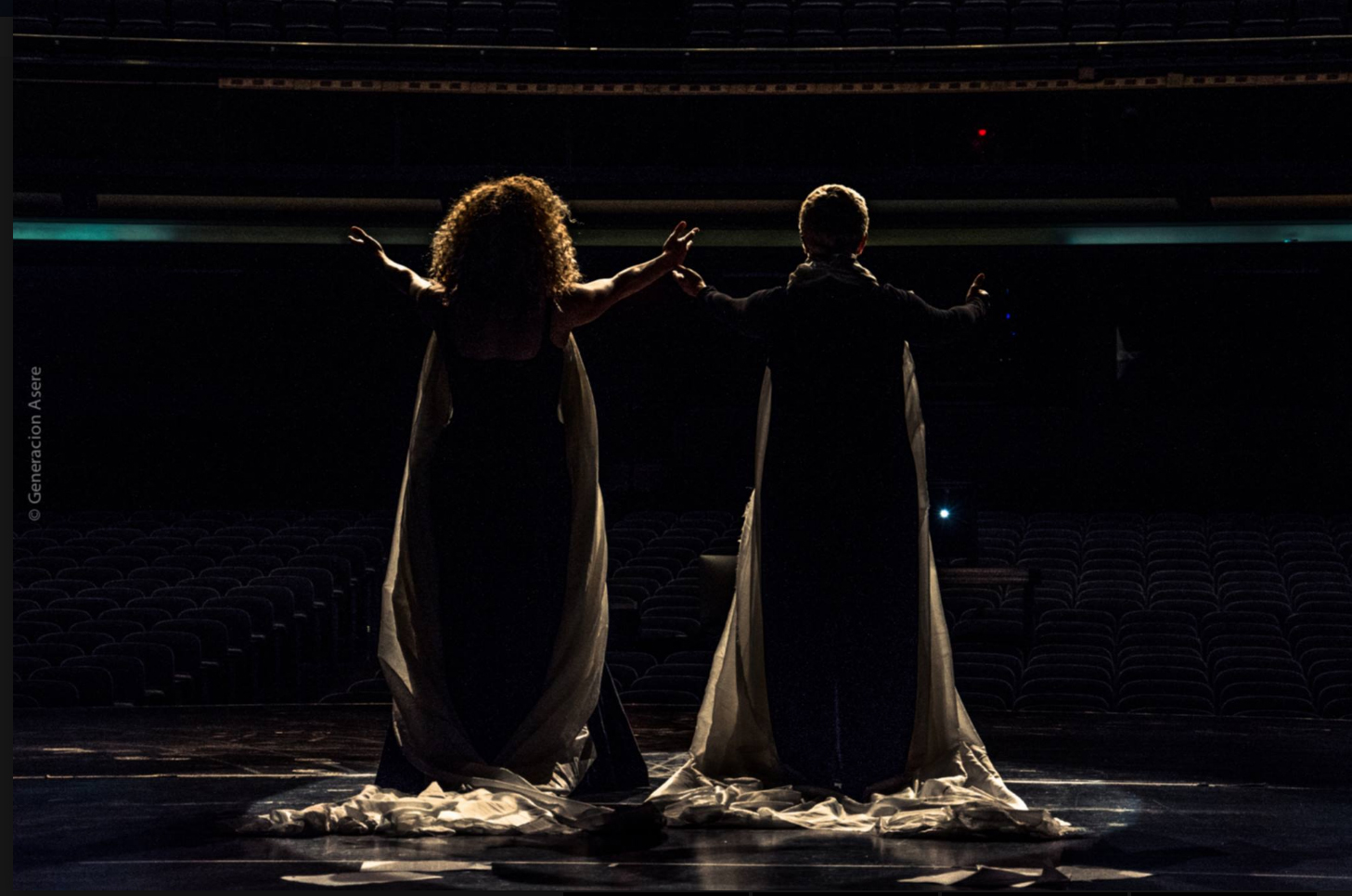 Mabel Roch is a theater actress who has also worked extensively in films and television, establishing herself as a powerful and versatile performer. Roch graduated from The National College of the Arts in Havana, Cuba, in 1981. After graduation she worked as a member of several theater companies including Pinos Nuevos, Cubana De Acero and Teatro Estudio, under the direction of Raquel Revuelta. During this period, she performed in the following theatrical works: “Huelga” by Albio Paz, “Mirandolina” by Goldoni, “La Opinion Publica” by Aurel Baranga, and “Manteca” by Alberto Pedro, among others. Her television performances in Cuba include the adventure series “El Tiempo Joven No Muere” and “Shiralad”. Roch also worked in several Cuban Soap Operas, including “El Pedraplen”, “Antonia”, “Tiempo De Maquina” & “Mi Prima Raquel” among others.   She has had a privileged career in the Cuban film industry, her credits include “Doble Crimen A Bordo,” “Un Hombre De Exito,” directed By Humberto Solas; “Mujer Transparente,” directed by Orlando Rojas and Mayra Vilasis; “Amores” directed By Kwesi Dickson; and the short film “Momentos De Tina.”

In 1994, Roch emigrated to the U.S., and has since performed in several theatrical works, including: “La Noche” by Abilio Estevez, “La Chunga” by Mario Vargas Llosa, “Chejovianas” by Dany Jacomino, “Amaneci Como Con Ganas De Morirme” by Indira Paez, “Cartas De Amor A Stalin” by Juan Mayorga, “Contigo Pan Y Cebolla” by Hector Quintero, “Cercania” by Rolando Diaz, “Anna in the Tropics” by Nilo Cruz “Writing in Sand” by Carlos Caballero based on text by Griselda Ortiz, and “Yellow Dream Road” by Rogelio Orizondo directed by Carlos Díaz, Teatro El Público, which was also an international cultural exchange project produced by FUNDarte. 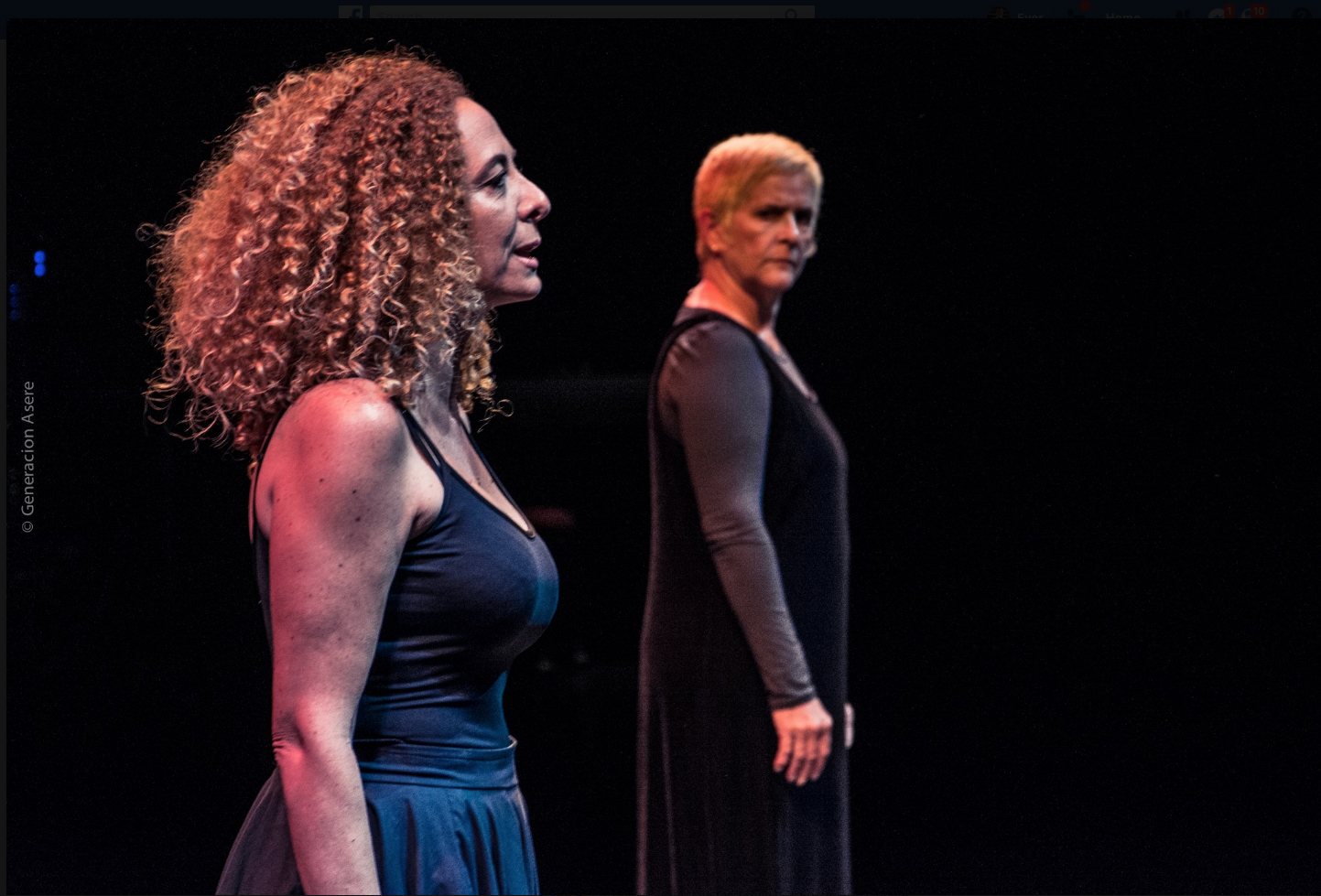 Eugenia Sancho is versatile actress, singer, composer and playwright. Born in Valencia, Spain, she is a graduate of the Escuela Superior de Arte Dramático in her hometown, with an emphasis on Direction and Dramaturgy. She continued to develop her talents as an actress with the Shakespeare Foundation in Spain, and soon began working professionally in Latin American music and folklore. Throughout her career she has worked as a theater actress in numerous plays, including classics such as

“Bodas de Sangre (Blood Wedding)” by Federico García Lorca; “Macbeth” by William Shakespeare; “Tío Vania” a Spanish adaptacion of “Uncle Vanya” by Antón Chejóv; “Electra” by Eurípides, and “La Gata sobre el tejado de zinc caliente,” a Spanish adaptation of “Cat on a Hot Tin Roof” by Tennessee Williams, among many others. She recently performed in “Cartas a Peer Gynt”, written by Norge Espinosa and directed by renowned Cuban director Carlos Díaz. Sancho has also worked extensively as a director, dramaturge, voiceover actress, and scriptwriter for radio and television.