Posted at 16:27h in Fundarte featured by Tony 0 Comments
0 Likes

November 8, 2015, at 7:00 p.m. on the Mid Stage at Miami Dade County Auditorium (2901 W Flagler St., Miami, FL 33135), as part of our No Borders series, FUNDarte in association with Miami-Dade County Auditorium presents Flamenco Frequencies, by Fundación Conservatorio Casa Patas (Madrid, Spain), a vibrant and magical contemporary flamenco performance that will bring to the Miami stage the acclaimed choreographer and dancer Karen Lugo.

“We vibrate with everything that exists in this universe, can’t stop, we don’t want to stop. We seek to elevate our own vibration and that of everything that surround sus,” says Karen Lugo about Flamenco Frequencies, a performance work that mixes contemporary sensibilities with the cultural tradition of Casa Patas. Karen Lugo, award-winning artist among the most prestigious Spanish dance and national as well as international flamenco circles, will offer a brave and innovative repertoire that is certain to thrill both flamenco aficionados and those who are seeing this dance form for the first time. Karen Lugo is a choreographer and dancer from Mexico, and her heritage lends a particular strength to her art that will not go unnoticed by local audiences. As Javier Latorre, winner of the National Dance Prize in 2011 (Spain), said of Karen Lugo: “She has all of the volcanic power of her native land, the necessary force to cross the planet in search of what she most desires. She’s Mexican and she’s the most ‘flamenca’ of any artist in the world.” 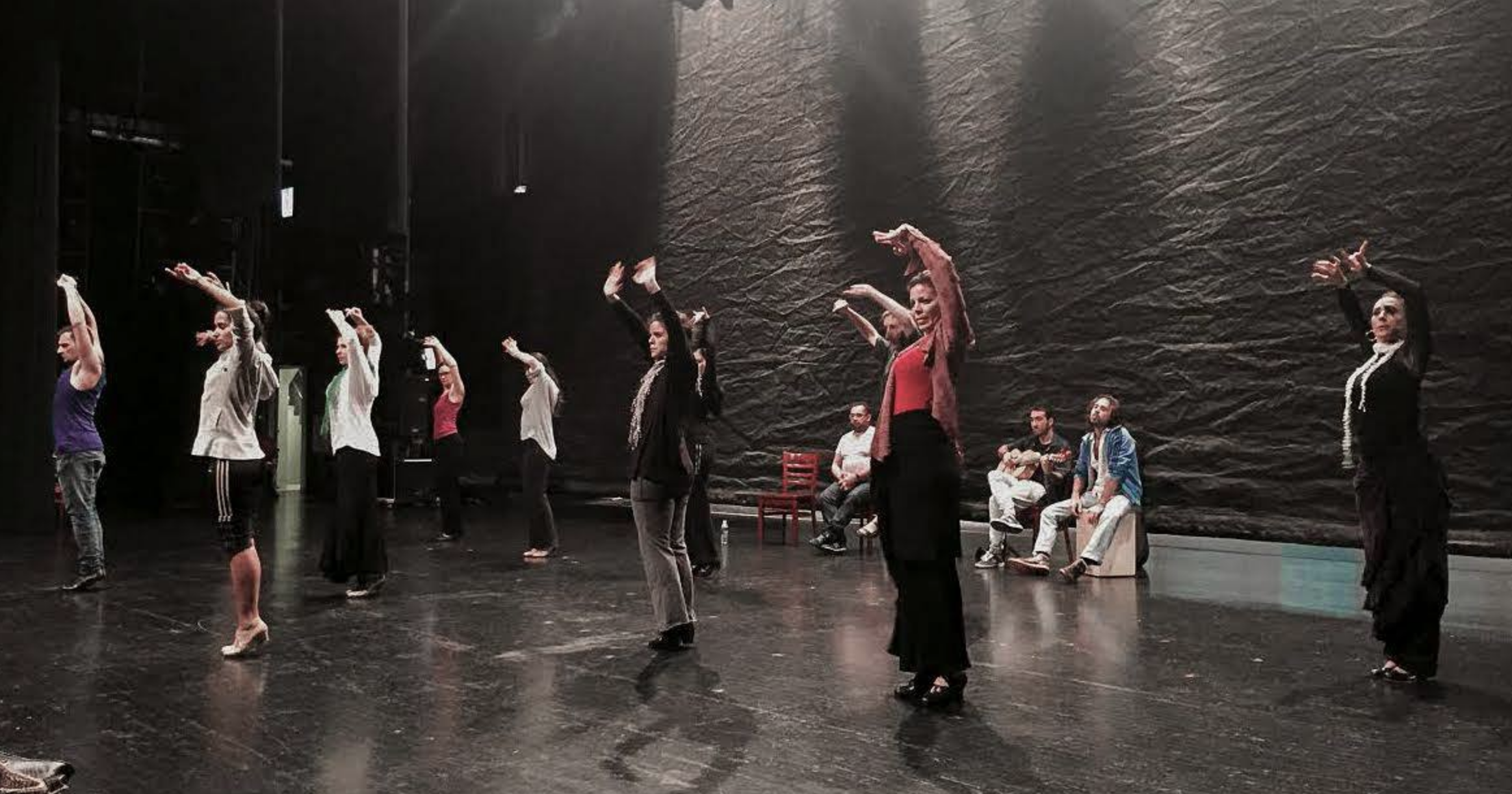 Karen Lugo is a Mexican flamenco dancer awarded 1st Prize in Flamenco Dance at the Almería International Festival, 1st Prize in Choreography at the Contemporary Flamenco Festival in Finland, and 3rd Prize in Choreography at the XVII Spanish Dance Española and Flamenco Competition in Madrid. In 2009, she participated as a soloist in the Sangre Nueva, Jóvenes Flamencos (New Blood/Flamenco Youth) Festival at the Teatro Español in Madrid, as well as in “Los Novíssimos” at the XIV Festival in Jerez. She collaborated on the piece “Rojo y Rosa” by Agustín Carbonell and “El Bola” as a dancer and choreographer with perfromances at the con Suma Flamenca Festival in Madrid, Flamenco Festival of Austria and at the Teatro Lara. Under the direction of Javier Latorre, she worked in the film “Flamenco Flamenco” by Carlos Saura and as lead dancer in the piece “El Duende y el Reloj”. Lugo was a choreographer and dancer for the Flamenco Roots Ensemble in collaboration with indo/rajastani musicians. In 2011, workimg with Fundación Casa Patas, she premiered her work “Flamencura” in Ramallah, Palestine. In May of 2012, Lugo was invited by Juan Carlos Lérida to participate in an artistic development and creation residency at the Flamenco Empiric Festival at the Mercat de Les Flors in Barcelona. She has also worked with the renowned musical group “Ojos de Brujo” in festivals in Spain and France. She performed as a solo dancer in the work “Dressed to Dance” at the Tchaikovsky Concert Hall in Moscow, under the direction of Carlos Chamorro. In November 2012 she premiered her work “Flamenco Territorio DeMente” for a tour produced by Fundación Casa Patas en Seattle, Olympia, Los Angeles and Washington DC. She was invited by Jorge Pardo to participate as guest artist at the Suma Flamenca Festival in Madrid. Along with Israel Varela, she created the duo “Made in México,” a project that they toured and collaborated on with musicians from Los Angeles, Dubai, Berlín, Italy, Indonesia and Spain. With the Carlos Chamorro Company, Lugo premiered the work “Sed” at the ¨Viva España¨ Festival in Moscow and Finland. Karen Lugo presented her work ¨Errante¨ at the Jodhpur Flamenco Gypsy Festival, collaborating with such artists as Jorge Pardo y Chano Domínguez. She participated in the project ¨Mujerclórika¨ by Alicia Carrasco and Jose Manuel León, touring through Holland and the South of Spain. Under the direction of Marco Flores, she performed in the work ¨De Flamencas.¨ Additionally, she has collaborated on musical projects with such artists as Yelsy Heredia, Javier Masso ¨Caramelo¨, Richard Bona and Pablo Maldonado. Fundación Conservatorio Flamenco Casa Patas (Casa Patas Foundation) was born in the year 2000 with the goal of becoming a center in which all activities related to the study, research, and promotion of flamenco song, music and dance. In this sense, one of our primary objectives consisted in providing this art form designated as Intangible cultural heritage (Unesco 2010) by means of the production and presentation of performances, Master Classes and intercultural activities both in Spain and in other countries. The broad range of artists working in different styles that perform weekly on the stage at Casa Patas (where over three hundred different professionals perform yearly) places within the reach of the Foundation a wide gamut of work that the entity nurtures by organizing performances in theatres, festivals, and cultural centers around the world. This event is part of the global performing arts series NO BORDERS presented by FUNDarte Inc. in collaboration with MDCA. This series focuses on innovative contemporary works from Spain, Latin America, the Caribbean, and Spain, celebrating Miami’s diverse multiethnic culture.

FUNDarte (www.fundarte.us) FUNDarte is a multidisciplinary non-profit organization dedicated to producing, presenting, and promoting music, theater, dance, film and visual arts that speak to Miami’s diverse cultures. FUNDarte particularly works to nurture emerging artists and those with little or no exposure to South Florida audiences; facilitate intercultural and international exchanges; and provide local audiences and artists with educational and professional opportunities that expand their creative, critical and social perspectives.