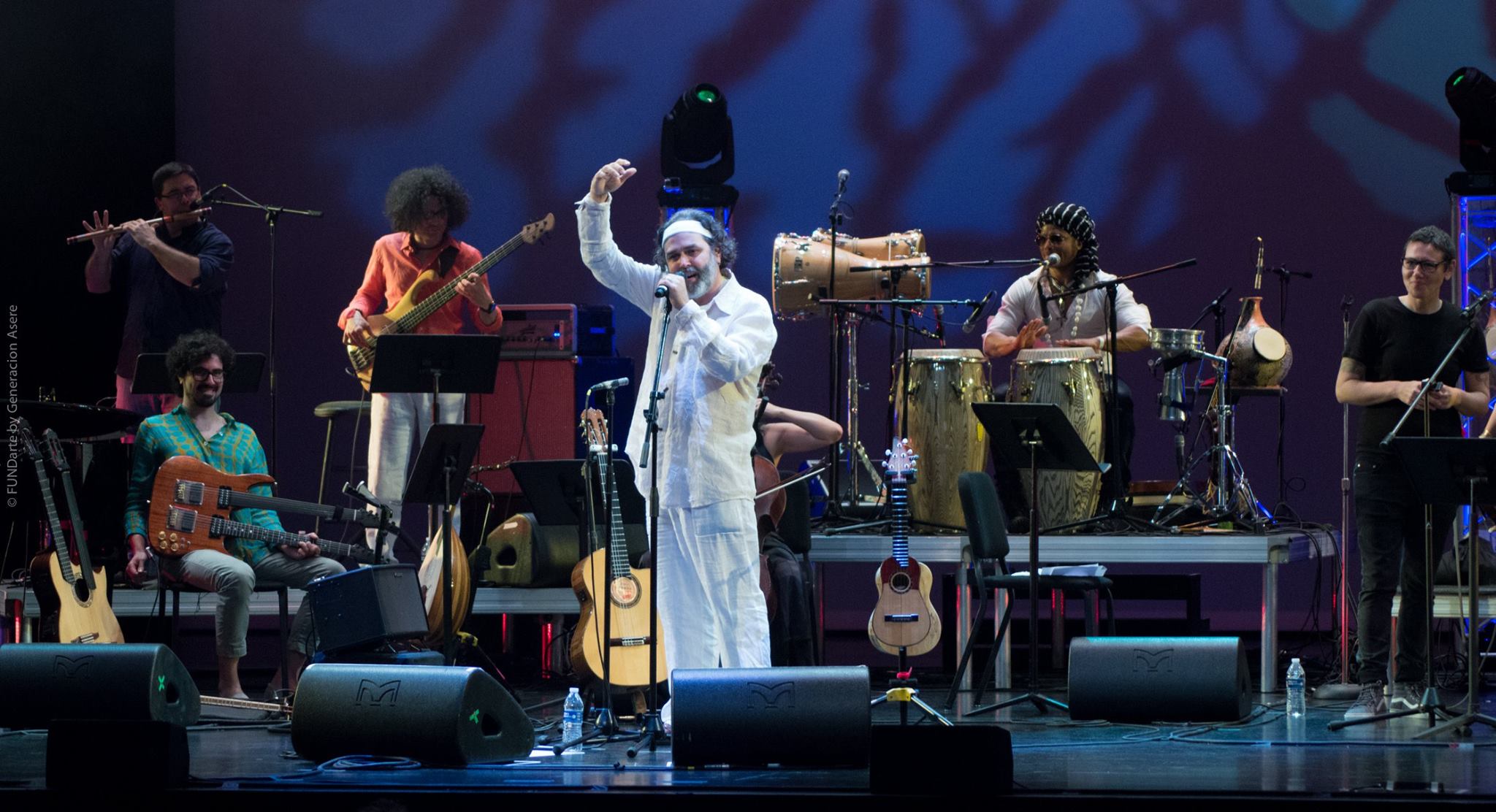 Posted at 17:34h in Fundarte featured by Tony 0 Comments
0 Likes

FUNDarte and Miami Light Project, in collaboration with the Miami-Dade County Auditorium, present Global Cuba Fest 2016, the ninth edition of the much awaited festival that this year brings to the stage some of the most recognized musicians of the Cuban Diaspora in Spain. Join the celebration this coming Saturday, March 12th at 8:00 p.m., at the Miami-Dade County Auditorium (2901 W Flagler St., Miami, FL 33135).

As is customary, GCF celebrates the eclectic and vanguard of contemporary Cuban music, with an outstanding program that brings together some of the most recognized musicians from Cuba and Spain. The program includes sets by Iván “Melon” Lewis, one of the most recognized jazz pianists of his generation; by Yadam, the singer songwriter who in the last few years has escalated from a young promising artists to an established voice in the music scene; and by Pavel Urkiza y La Ruta de las Almas Band, a musical journey without precedent directed by a Cuban artists who fuses traditional Sephardic sounds with Afro-Latin music.

An ongoing evening of music to celebrate the Cuban Diaspora in Spain. His virtuosity as a jazz composer and pianist has garnered two nominations, Best New Artist and Best Jazz Album, at the 2015 Latin Grammy. An ongoing collaborator with Concha Buika, Iván “Melon” Lewis will open the evening’s program and share his talents on piano with the Miami audience. Before beginning his solo career, Cuban singer songwriter, Yadam was already a prestigious composer who collaborated with artists like Concha Buika and Pastora Soler. His solo album Confesión, put him on the musical radar as one of the most promising young artists in Cuba and Spain. He has been an opening act for Van Morrison and Carlos Santana. Miami’s audience will finally be able to enjoy his singular style that mixes jazz with pop rhythms.

Pavel Urkiza is a composer, guitarist and singer of Cuban origin who is considered a maestro of Afro-Cuban music. With his latest project, “La Ruta de las Almas”, his sensibility for fusing world music styles reaches new heights. Mixing Sephardic, Spanish and Latin American sounds, the effect is lyrical and transports us on a voyage of sensations. He will share a stage with Israeli and Latin American musicians, as well as recognized Spanish artists: Eliseo Parra, África Gallego y Javier Ruibal. La Ruta de las Almas is the tangible acoustic manifestation of a documentary project filmed by Urkiza that will be presented on the 11th of March at CCE Miami.