The Fresh New Sound of Cuba Around the World!

Global Cuba Fest turns 13! Now in Miami, Miami Beach, and Little Havana with the freshest and most relevant Cuban artists from our island neighbor and its diaspora. 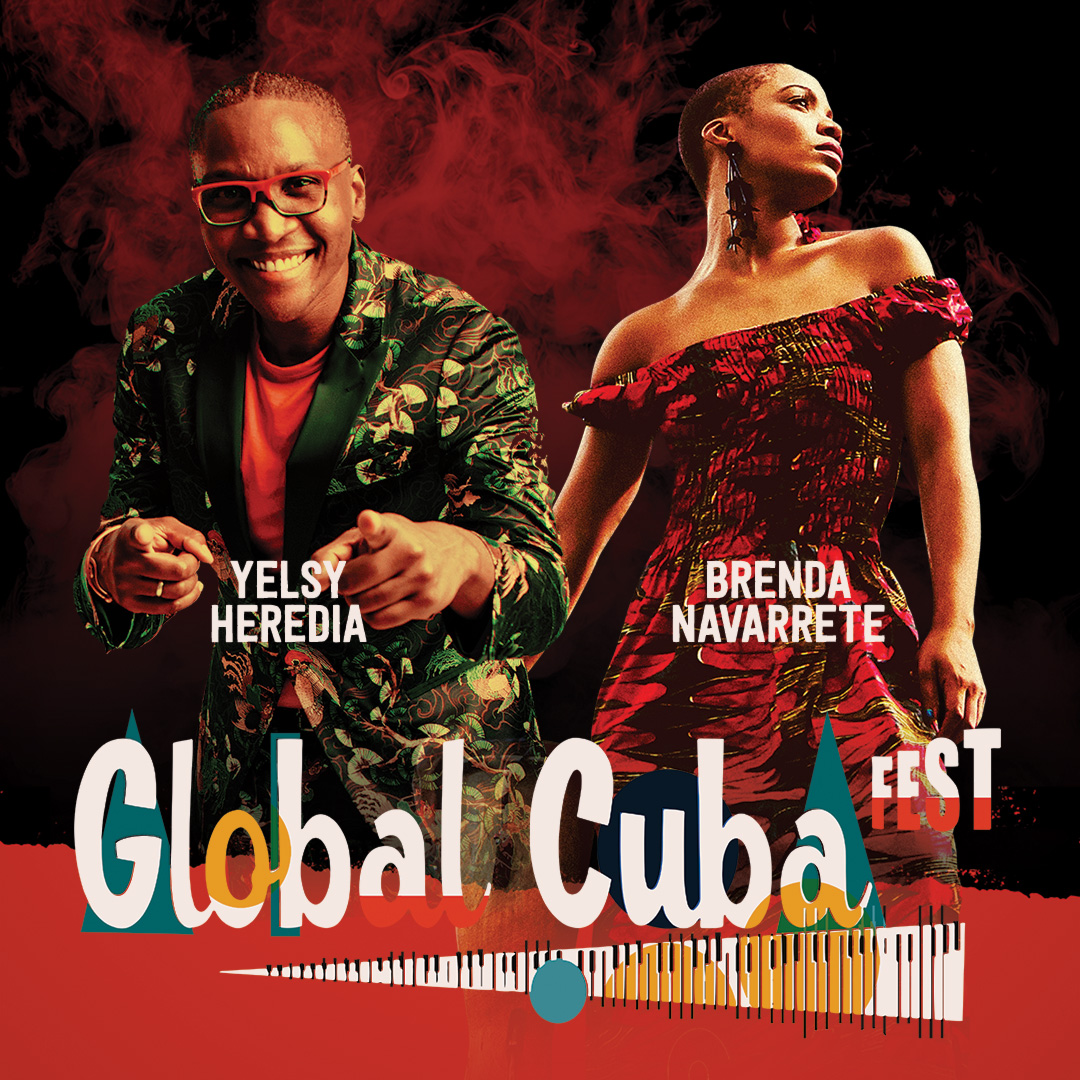 Brenda Navarrete is one of Cuba’s most celebrated rising stars, fusing ancestral Afro-Cuban heritage with contemporary jazz influences. A singer and percussionist, Navarrete plays the batá, a set of three double-headed drums that are traditionally used in Afro-Cuban religious ceremonies. Her skill breaks a santería taboo, which holds that women are forbidden to even touch the batá. She has collaborated with and played alongside Cuba’s musical elite, including Alain Perez, Rodney Barreto and Roberto Carcasses, the founder of Cuban all-star funk/jazz band Interactivo, which is responsible for producing a handful of other Cuban stars including Telmary and Cimafunk. She also plays with Afro-Cuban folkloric percussion troupe, Obiní Bata. More information about this artist at www.brendanavarrete.com 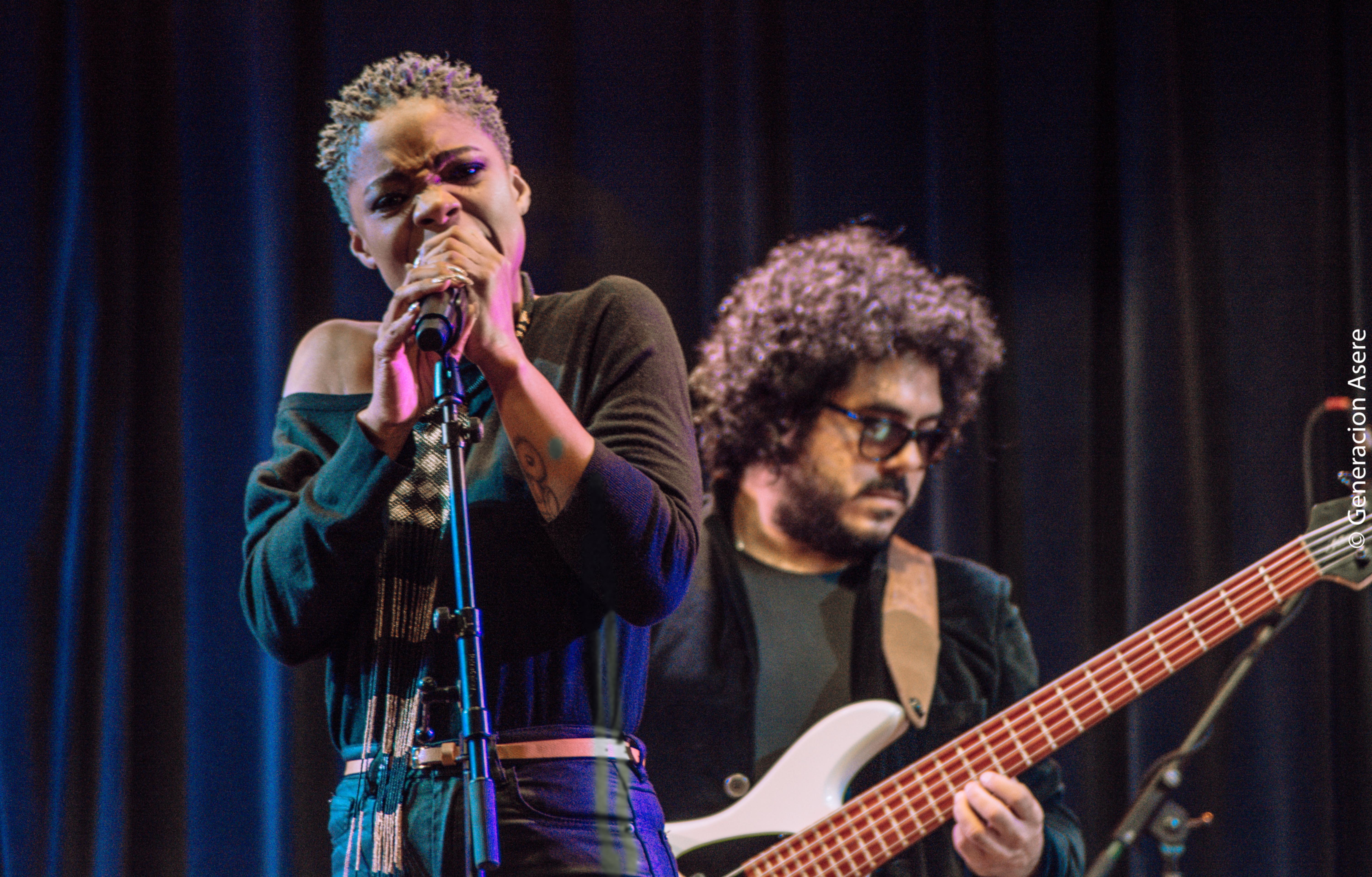 “Navarrete is one of the best-kept secrets of her generation. With her short, but exquisite album, Mi Mundo, Miss Navarrete joins the ranks of her musical elders, Roman Diaz, Pedrito Martinez, as one of the premier batá drummers and vocalists to emerge as musician and Lucumí who have also made a successful transition to Jazz, Latin-Jazz and other hybrid styles of traditional and popular Latin-American music.” 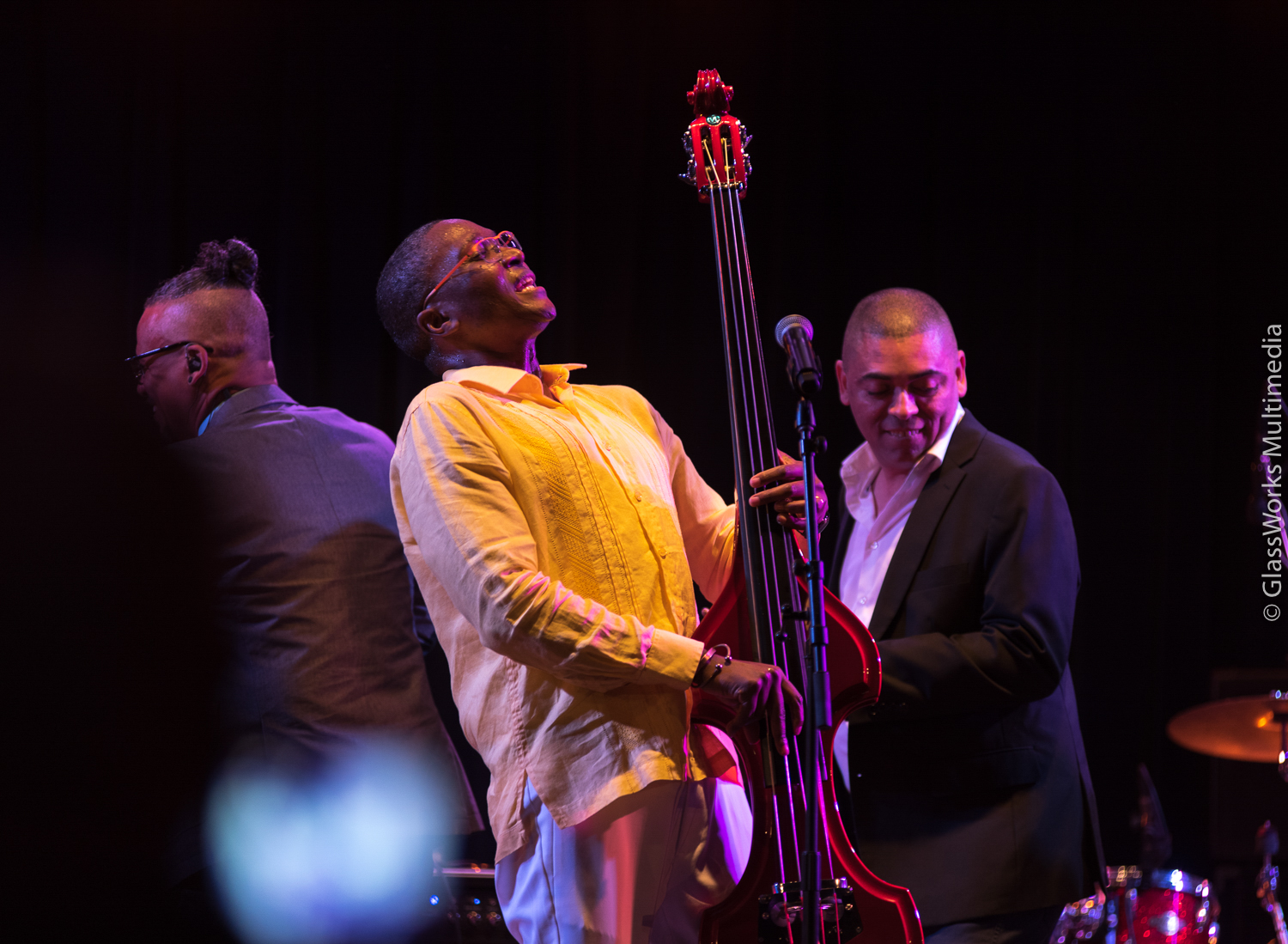 The Cuban musician Yelsy Heredia, living and working in Madrid since the late ’90s, toured with Cigala for 13 years. He made his name accompanying beloved icons like Bebo Valdés, Chucho Valdés, Changuito, Ernan Lopez Nussa, and Dayme Arocena.

Even while touring with these giants, Heredia harbored a passion for changüí, the distinctive and less-known rhythm of his native Guantanamo, in eastern Cuba. Changüí is the traditional rhythm of the sugar cane farms; it was the first contemporary music to combine Spanish canción and guitar with African rhythms and percussion. It is considered a predecessor of son montuno, which makes it the grandfather of modern salsa.

Heredia’s 2019 release of changüí tunes, Lo Nuestro, was nominated for a Latin Grammy.  He will bring his music to the Bandshell for this special concert, accompanied by a band of other eight top Cuban musicians. More information about this artist at www.yelsyheredia.com

“Yelsy Heredia’s bowed-bass solo has a spiritual dimension, played as if calling the ancestors.” 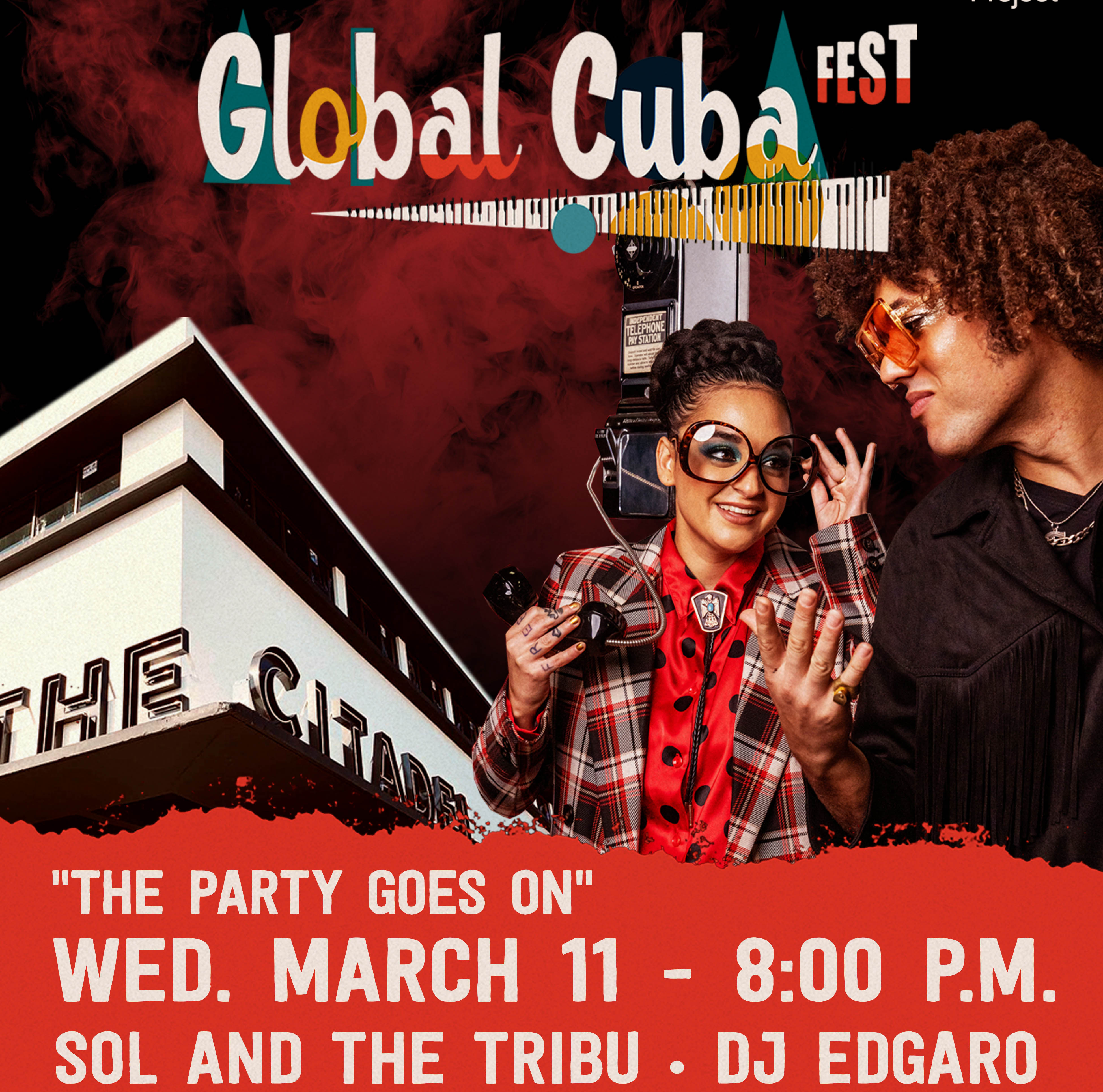 MARCH 11th – The Party Goes On at The Citadel Rooftop

Ambassadors of The New Miami Sound, Sol and The Tribu rock out with their retro-futuristic mix of Miami-Licious swagger and Caribbean funk rhythms.  They’ll get you off your feet, dancing your way into a “Conga Inferno”, moving to the positive vibrations. More information about this artist at: https://www.solandthetribu.com/ 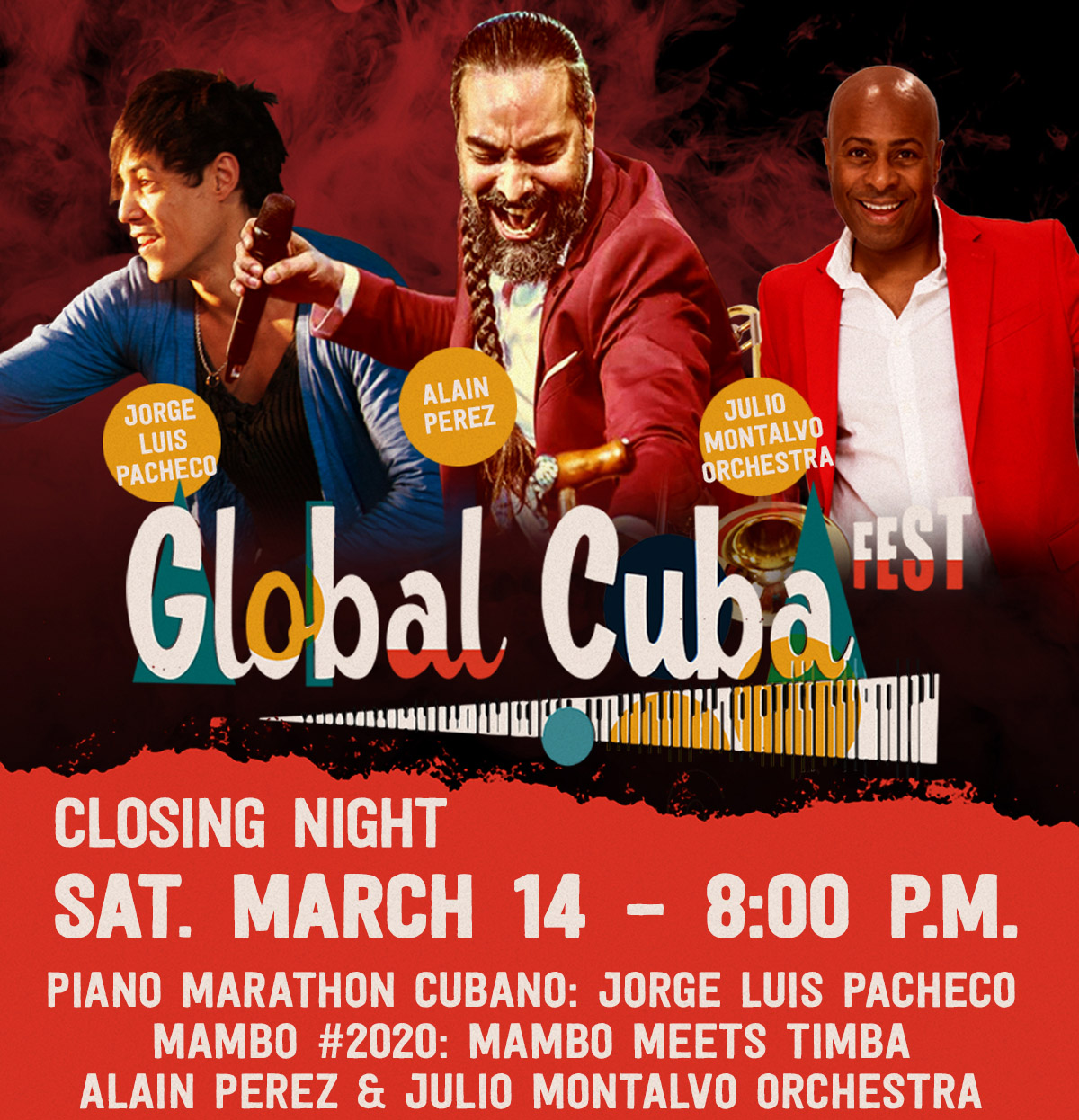 The music is back to Miami’s Little Havana! This year we close with the explosive music of Piano Marathon Cubano & Mambo #2020 “Mambo meets Timba”

Jorge Luis Pacheco, is one of the leading pianists of the new generation of jazz in Cuba. He won the “Audience Award” and the “Second Jury Award “at the International Jazz Piano Competition Montreux Switzerland in July  2014. In 2017 Pacheco also won the best solo and performance award in the  jazz contest “Made in New York” in New York City whit one of his on compositions. He is a virtuoso pianist, composer, arranger, percussionist and singer. More information about this artist at: http://www.pachecopiano.com

by Melanie Futorian / All About Jazz

Alain Pérez and the great Julio Montalvo Orchestra invite you to join them for the closing night of Global Cuba Fest, at the world premiere of their concert, “Mambo #2020.”

“Julio Montalvo is one of the great trombonist of Cuba, his album Mother earth is dedicated to the great Cuban percussionist Angá. It is a combination of Afro-Cuban rhythms mixed with new trends of modern jazz, offering a warm fusion of Latin Jazz.”

Alain Perez is a multi-instrumentalist, singer, producer and composer. He is known as one of the most versatile artists in the Cuban contemporary scene. In his talk, Alain has worked with Celia Cruz, Paco de Lucía, Enrique Morente, Diego El Cigala, Los Van Van and Issac Delgado. In 2015, he was nominated for the Grammy Latino Awards by the album El alma del Son: Tributo a Matamoros.

Alain Pérez was nominated to the Latin Grammy Awards 2017, for his album ADN, recorded with distinguished musicians such as Rubén Blades among others. More information about this artist at: https://www.facebook.com/alainperezmusic/

“Alain Pérez is a prodigy from Trinidad that’s making popular Cuban music for the 21st century. Nurtured by some of the greatest names in the world of flamenco, jazz and timba, he declares that his musical search is about safeguarding the past for a more fruitful future.”

Founded in 1988, The Rhythm Foundation, has presented concerts, festivals and events featuring over 800 established and innovative artists from around the world. Special focus is given to those cultures connecting to South Florida audiences. In 2015 The Rhythm Foundation began year-round management of the North Beach Bandshell amphitheater for the City of Miami Beach. www.rhythmfoundation.com