Sharing Grandmothers focuses on women’s oral traditions, lullabies, and folk tales, as well as the combined musical traditions of Africa and the Caribbean, replete with percussive rhythms, rituals, and vocal expressions. The project brings together two multidisciplinary musicians who each embrace a rich cultural heritage and mastery of traditional songs, stories, rhythms, and dances from their respective cultures.

The two principal artists are Inez Barlatier, a Miami-based Haitian-American singer/songwriter, percussionist and, dancer, and LORNOAR, a Cameroonian artist whose work also encompasses traditional and original songs, music, and dance. Under the direction of Miami-based director Carlos Caballero, a Latino/Caribbean artist, the work will celebrate the legacy of shared ancestry and traditions between Cameroon and Haiti, celebrating the influence of Africa on the Caribbean and its diaspora, and the empowerment of the 21st Century Black Woman.

Sharing Grandmothers is a transatlantic collaboration between two contemporary artists who have jointly created new music and lyrics that provide a modern-day commentary on issues that women face globally, speaks to the double oppression of Black women both in the U.S. and Africa.

Collateral activities to this event:

Inez Barlatier is a 1st generation Ayisyen-American (Haitian-American) multidisciplinary artist residing in Miami. Inez performs as a singer-songwriter, rhythm guitarist, recording artist, percussionist, dancer, actress, and hand drum instructor. She has performed nationally and internationally with Kazoots, Jan Sebon & Kazak International, Venus Rising Women’s Drum & Dance Ensemble, and One Drum, as well as appearing as a solo musician and with her own band. Inez began her music career at the age of 12 years old as a member of her father’s band, Jan Sebon & Kazak International. CBS 4 News Miami featured Inez and her work as a TYA artist in a segment called “Miami Proud” in December 2019. Her work has also been showcased on National Public Radio (NPR), WLRN (Miami), WDNA (Florida), Complex TV, Island TV, The Miami New Times, and The Miami Herald. She was awarded a L.E.A.P. grant from Miami Theater Center which sponsored a children’s educational and interactive show entitled “Ayiti, the Pearl of the Antilles” produced and directed by Inez. The Knight Foundation partnered with Miami Light Project awarded Inez with a Knight Arts Champion grant in December 2017 resulting in her debut EP entitled MOUN | MOON co-produced by James Valsin. Her lifelong passion and exposure to multicultural and folkloric music is reimagined in her work creating fresh yet nostalgic and often emotional experiences. While performing internationally, Inez works as an accountant, a teaching artist, a drum circle leader, an actress, and a dancer. Her theatrical portfolio includes the presentation in Cuba, El Salvador, Honduras, and Nicaragua of “Writing in Sand”, a 3-women play written and directed by Carlos Caballero of FUNDarte, and upcoming contemporary works written and directed by award-winning playwright, Teo Castellanos. Inez strives to positively impact the lives of women and girls using the arts as a tool for self-empowerment.

LORNOAR is a singer, songwriter, and dancer from Cameroon. Born and raised in Yaoundé, the capital city, she began her career at an early age. She made her debut as a professional singer in 2007, being featured in a prominent local nightclub and was hired by a famous band that offered her the opportunity to tour extensively throughout the country and to back vocally most of Cameroon’s greatest singers. In 2010 she won First Prize in the nationwide competition of female voices “MASSAO” in Douala, and in July 2011 released her first solo album, earning numerous hyperbolic reviews. Her first video clip “Ote Ben Ma” was released in January 2012, followed by a second clip with her hit song “ZEN”. A popular TV show “Rendezvous with Lornoar” has been aired on the National TV Channel. In 2012 she toured through Paris, and in 2014 she performed in various venues in Harlem and Greenwich Village in New York. There, she recorded her second album «100%» under the supervision of the great bass player from Cameroon Francis Mbappe and Michael Jackson’s percussionist Bashiri Johnson (including the popular title and music video “Moment in The Sun”, featuring US hip hop star Freedom Williams). That same year she performed before the General Assembly of the United Nations in New York at the Official Launch of the International Decade for People of African Descent. Since then she has toured extensively in Europe and African countries. In July 2017, she represented Cameroon in the” Chanson” category at the 8th Francophony Games in Ivory Coast. She was officially selected for the 10th edition of MASA (Marché des Arts du Spectacle Africain), The World’s greatest market for African Performing Arts and is included in the official selection of 5 major festivals and Markets in various international cities. Lornoar’s work builds on the legacy of African oral heritage. Her music is made of various rhythms: from bikutsi to bossa nova, through makossa, batanga, ekank, ekomot, mbalax, and reggae, even including highlife and pop. From her cabaret years, she has retained a strong stage presence and the ability to adapt to any kind of musicians and audience, which helped her enjoy great success in Europe and the USA.

Michel Mbarga is an accomplished guitarist born and raised in Cameroon. Since the age of 6, he began his musical journey to master the electro-acoustic guitars and the balafon. He has participated in more than 200 national and international concerts in solo or accompanying the greatest musicians in Africa such as Patou Bass, Ondoa Akono, Alima Pelagie, Guy Mwogang, Mbale Mbale, Richard Amongou, Tsimi Toro, Cécile Éke, and Ktino. He has been collaborating with LORNOAR for over 15 years.

Bobby Badjang is a gifted drummer born and raised in Cameroon. Since the age of 14, he has been playing with passion and confidence both drums and minor percussions, bongo, cajon, and the African tam tam. Throughout the years he has accompanied national and international artists such as André Manga, Olivier Chewa, Hervé Lobongo, Sanzy Vianny, Nkodo Sitony, Da’ak Janvier, Isnebo, Sam Fan Thomas, Govinal, and Esso Essomba. He has been collaborating with LORNOAR for 10 years.

Jefferson Joseph is a multi-genre bassist from Miami, Florida. Working as either a session musician with existing groups or formulating small ensembles as a bandleader, he has tackled a wide variety of live performances and recording projects. He begins to take an interest in bass after graduating from high school. Later, while studying at Florida International University (FIU), he met his guitarist M.A.D Man (MAD) and created bands such as Crimson Reservoir, The Sunday Crew, and The UnCanny Reservoir, which he performed at college events and festivals, recording two albums.

Pavel Urkiza is a musician, composer, producer, arranger, guitar player, and singer. Urkiza has published more than 40 compositions on over a dozen of his own CD projects. He has also recorded, written, and produced for internationally renowned artists including Ana Torroja, Miguel Bose, Albita Rodriguez, Ketama, Cristina del Valle, Echegaray, Claudia Gomez, Yusa, and the Nicaraguan musician, Luis Enrique. He also participated as an interpreter, guitar player, and arranger for the artist John Santos'”Caribbean Philosophy” CD. Pavel produced more than20 discographic works, including with his duo, Gema y Pavel and his solo albums, as well as with many other acclaimed artists like Omara Portuondo, Virtudes Moreno, Giselle Solis, Habana Abierta, Yuniel Jimenez, as well as the poet F. Javier Rahim, and has collaborated with the New York based Argentine singers Sofia Rei y Sofia Tosello. He has composed music for theater and cinema, including the soundtrack of the Hispano-Cuban production “Las Noches de Constantinopla”, directed by Orlando Rojas. His most recent monumental production is the music documentary: “La Ruta de las Almas ” (The Road of the Souls), a film illustrating the ancestral connections among music from the Ibero-American region.

Randy Valdes has developed his career in different aspects of filmmaking including as an editor, writer, cinematographer, and director with an early emphasis on documentary filmmaking and video art. His work has premiered at The Sheffield International Documentary Festival, Tribeca Film Festival, and SXSW FilmFest, participated in Hot Docs – Film and Music Series, ScreenDance Miami Festival, and won the best documentary in XicanIndie Film Fest. Most recently, his short film was acquired by HBO for national distribution. Although a film Director first, Randy has developed a multi-disciplinary career. He uses photography to show others how he sees the world. He also works with collages, sometimes animated, which often focus on spiritual elements through a psychoanalytic approach.

Carlos Miguel Caballero is an actor and theater director with an extensive history in international theater, film, television, and multimedia performance. Caballero studied Art History at the University of Havana and graduated from the Institute of Fine Arts of Havana (ISA) with a degree in Theater and Acting. Caballero has worked as an actor in theater since 1985, most notably as a company member with Teatro El Público and La Ventana in Cuba. With these companies, he performed in over 20 plays including works by Shakespeare, Garcia Lorca, Samuel Becket, and Cocteau, among others, touring his work to the leading festivals in Spain and Latin America. Caballero has been based in Miami since 2000, where he received the Best New Actor award from the Miami New Times and the Nuevo Herald for his work with Grupo de Teatro La Mateodora in the play “Cuentas Pendientes,” and a Spanish-language adaption of “A Streetcar Named Desire” with Teatro Miami. Caballero wrote and directed a children’s play titled “The Witch of the Year” which was presented through the Miami-Dade Public Library System and in public schools across Miami. In 2002, Caballero directed the widely acclaimed play “Sueño Americano” by José Eduardo Pardo, which received a Best New Work award from the Miami Herald. He directed a performance work by Elizabeth Doud called “Sipping Fury from a Teacup” in 2011, commissioned by FUNDarte’s Miami On Stage series. In collaboration with Doud, he also developed, premiered, and toured “If you’re going to pull a knife, USAlo” an experimental bilingual work based on texts by Becket, and commissioned by Miami Light Project and FUNDarte. In 2012 he appeared as a protagonist in the film “Verde Verde” by Enrique Pineda Barnet, receiving the best actor awards at two international film festivals. In his two most recent creations, “Writing in sand” and “Between two waters” he has developed multidisciplinary work on the theme of women artists as the central axis of these works.

Conexión AfriCana is an independent consultancy based in the Canary Islands and Morocco, specializing since 2005 in project management,  and cooperation relations between Francophone territories of Africa, and Spanish-speaking markets. After a decade of multisectoral activities, this organization focuses its marketing and management efforts through a network of contacts that span various markets; providing services for artists and cultural agents from the Canary Islands, Africa, and the Caribbean, fostering collaborative multicultural, multidisciplinary, and intersectoral relationships.

Support for Sharing Grandmothers comes in part from The Knight Foundation’s Knight Arts Challenge 2020, the Miami-Dade County Department of Cultural Affairs – International Cultural Partnership Grant Program, City of Miami Beach Cultural Arts Council, The Division of Arts and Culture Florida Department of State, and the National Endowment for the Arts. 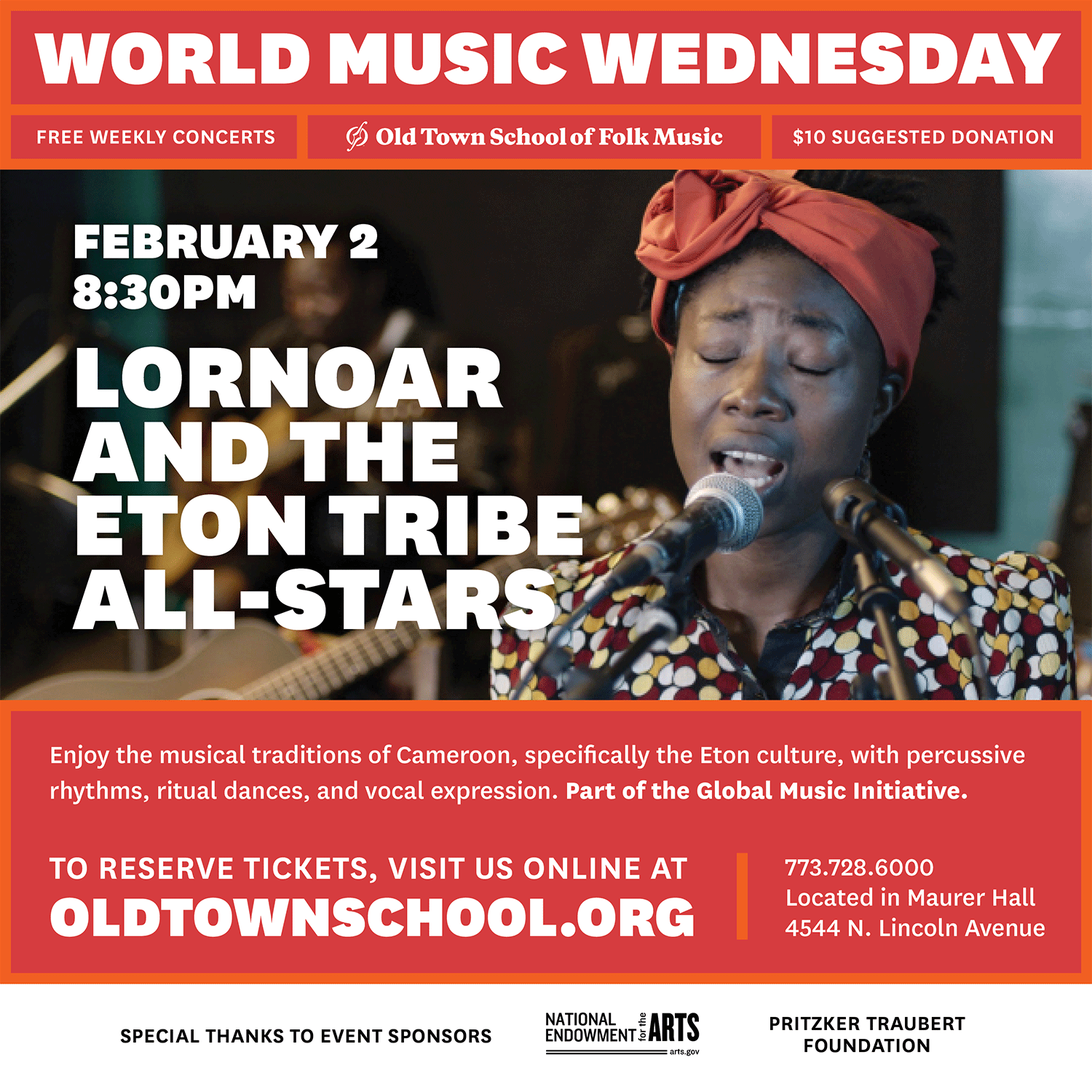 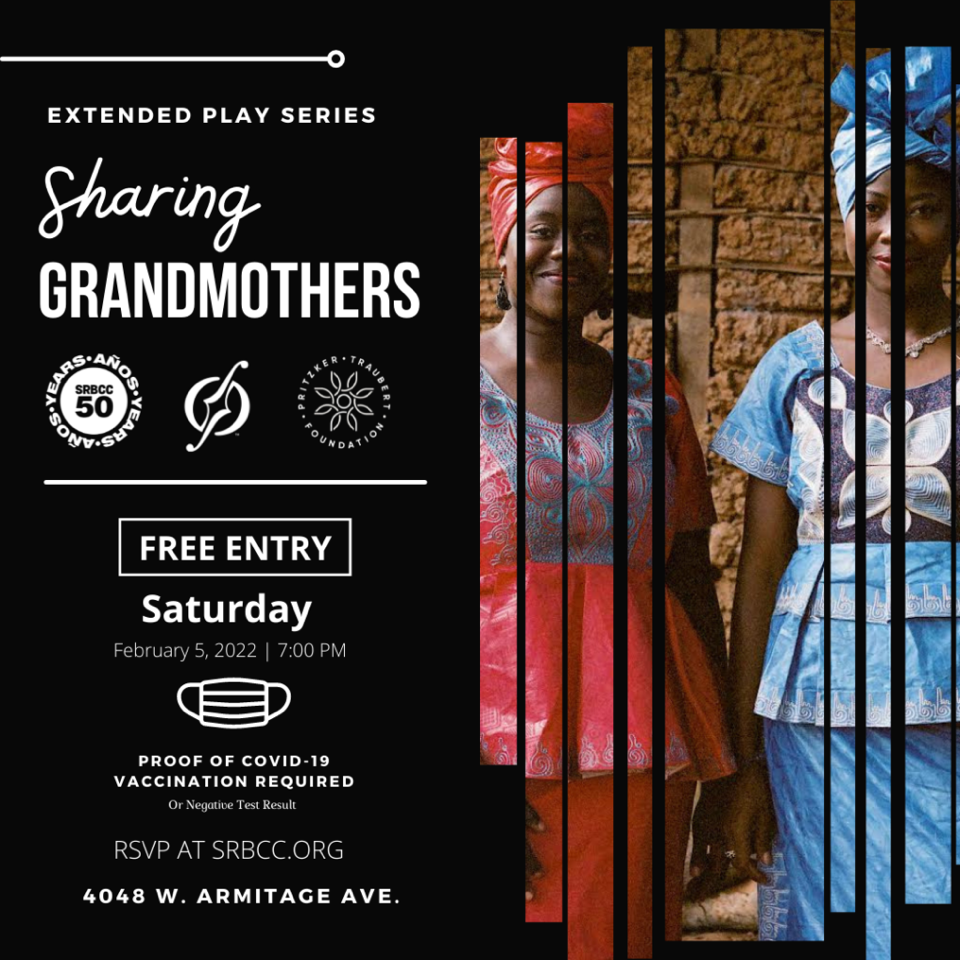