Posted at 06:52h in Fundarte featured by Tony 0 Comments
0 Likes

FUNDarte and Miami Light Project are proud to present the US premiere of Cuban chanteuse Osdalgia, and seminal Cuban Hip Hop band Doble Filo in a free Global Cuba Fest concert on July 9, 2011. 8:00 p.m. at the Wynwood Walls during Second Saturday Gallery Walk.

Heralded as the daughter of the Buena Vista Social Club, Osdalgia is one of the most multifaceted songstresses of contemporary Cuban music. Through her smoldering voice, humor and beauty, Osdalgia has enraptured audiences the world over with her songs of rumba, emotion filled boleros and salsa.  Osdalgia’s Miami performance marks a long awaited and eagerly anticipated debut in the United States. 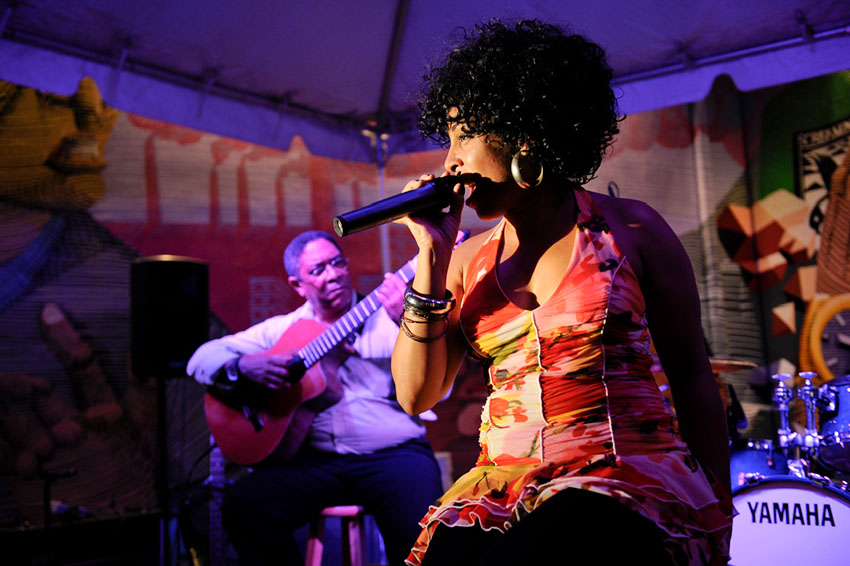 Performing for the first time Miami as a group, Doble Filo is one of Cuba’s most acclaimed music groups with their fusion of traditional Cuban rhythm, jazz, rock and Hip Hop. Fronted by Yrak Saenz and Edgaro, through their music, Doble Filo also aims to improve social conditions by encouraging listeners to find themselves. The members veer away from lyrics that advocate violence or belittle women. Their main philosophy is avoiding negativity. 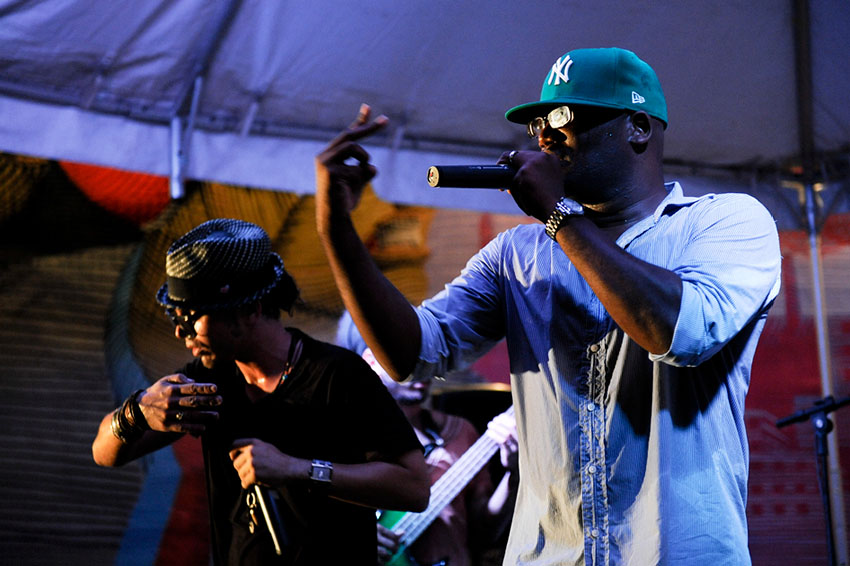 Presented during Wynwood Gallery Walk, this free concert offers a perfect way to for gallery walk attendees to cap off their cultural evening!

Founded in 1989, Miami Light Project is a not-for-profit cultural organization which presents live performances by innovative dance, music and theater artists from around the world; supports the development of new work by Miami-based artists; and offers educational for students of every age. Since our inception, we have reached a diverse cross-section of communities throughout Miami-Dade County with an extensive outreach effort that includes partnerships with other arts organizations, universities and social service agencies. Miami Light Project is a cultural forum to explore some of the issues that define contemporary society. www.miamilightproject.com

Miami Light Project receives operating support and funding for our 2011 season from The Ford Foundation; the John S. and James L. Knight Foundation’s Knight Arts Challenge;  the Miami-Dade County Department of Cultural Affairs and the Cultural Affairs Council, the Miami-Dade County Mayor and Board of County Commissioners; the Mid-Size Presenting Organization Initiative, implemented by the Nonprofit Finance Fun and funded by the Doris Duke Charitable Foundation; the City of Miami Beach, Cultural Affairs Program, Cultural Arts Council; the State of Florida, Department of State, Division of Cultural Affairs and the Florida Council on Arts and Culture; the National Endowment for the Arts; The National Performance Network Creation Fund which is supported by the Doris Duke Charitable Foundation, Ford Foundation and the National Endowment for the Arts; Funding Arts Network; and Citizens Interested in Art.  In Kind support provided by Goldman Properties, The Hotel, The Park Central Hotel, Glassworks Multimedia and AV-8 Automation & Integration Inc.