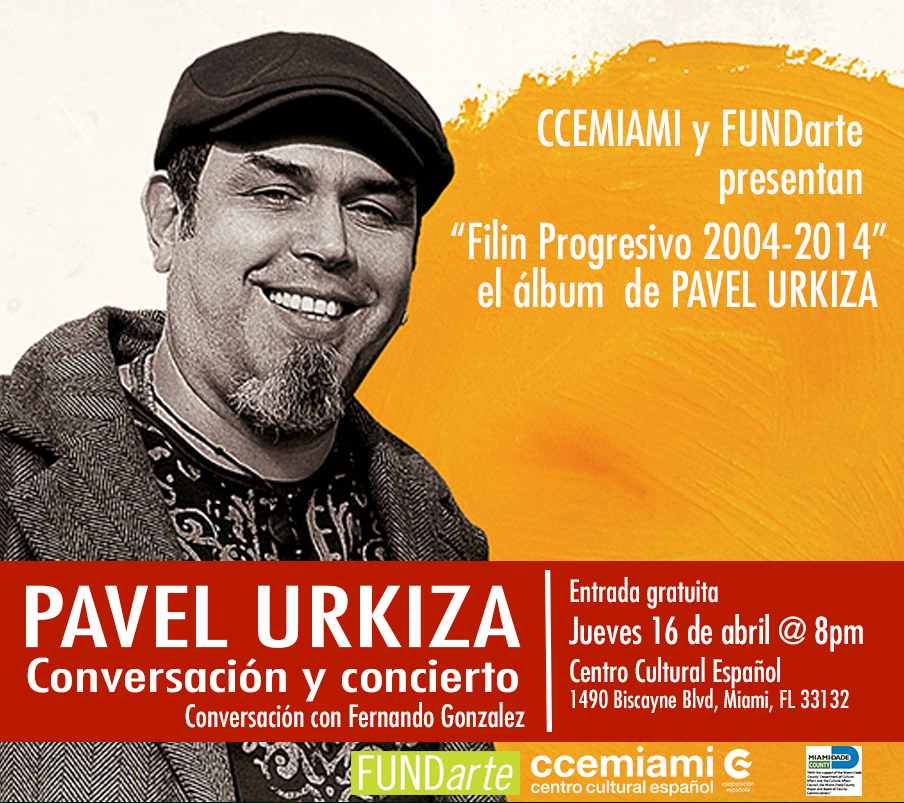 Posted at 17:32h in Fundarte featured by Tony 0 Comments
0 Likes

At the heart of Filin Progresivo is Urkiza’s unique creativity. It is rooted in the spectrum of Cuban rhythms and melodic colors then infused with a distinctive Spanish flare, and it’s all held together by the artist’s signature harmonic progressions. His original Afro-Cuban chants punctuate the songs Oyá and Imolé; Flamenco beats and voices adorn Alma y Luna; and Lavapies dances with the sounds and images of modern-day Madrid. Urkiza give us edgy fusion with Rock’n Mambo, an array of love songs, and in his musical poetry, the profound observations on life and society in the dynamic Spanish capital. “Filin Progressivo” is an evolutionary step from the classic Cuban style called “Filin” in which singers of the 40s, 50s and 60s crooned romantic boleros and the accompanying music was infused with jazz chords and elastic meters. Urkiza’s album illustrates the New Cuban sound, characteristic of Cuban musicians in the diaspora as well as many living on the island. While it respectfully recognizes the classics, it keeps pace with the pulse of the global music scene and, as is typical of Cuban musical creativity, continuously pushes the musical envelope towards new horizons. This innovative tendency that is characteristic of all of Urkiza’s music is what makes every piece of his Decade Album fresh and enticing. The album was produced over a span of ten years by Urkiza and his long-time friend and collaborator Javier Monteverde, the renowned Spanish sound engineer who specializes in recording and mastering premiere contemporary music at his Madrid studio, Cezanne Producciones. During their spare time and studio breaks, they recorded, mixed and mastered fifteen of Urkiza’s original pieces, inviting the participation of highly acclaimed Caribbean, Spanish, Flamenco, and Jazz musicians based primarily in Spain.

Urkiza’s most recent albums carry his “MIM” stamp, denoting what he and a number of regional artists refer to as: “Música Iberoamericana del Mundo” (Ibero-American World Music).